cinematic idea and screenplay. There is a certain amount of wit in the dialogue and the whole project is

shrouded in its satirical condition.

subject relatable to almost everyone in the world, dealing with fundamental question that haunt each and

every one of us regarding God, his role in our lives and ultimately the world. It displays layers of profound

Whilst the visual aspect is well solid, such as the clarity of the image and the colour grading the

The idea rendered though the narrative is expressing very high levels of potential, almost

reaching heights of philosophical nature, especially the ending which is displaying a profound message,

relevant, meaningful and full of heart. The casting is very well suited and the actors are all conveying their

element, vital to the current atmosphere of the film.

form of the short and the technical elements of the sound were dealt with to a good standard”. 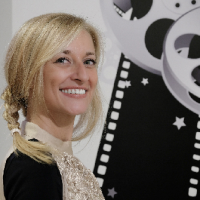